skip to main | skip to sidebar

For almost a year I really enjoyed writing this blog. Ran into interesting people, read a heap, liked the interaction.

Then I took some time out to devote to other things before starting back here a few weeks back.

But the truth is, I've lost the motivation to keep writing...at least on this subject...for now.

So hoo roo, until we meet again. Thankyou for your thoughts, comments and random musings.
Posted by Kate Richardson at 10:03 PM 5 comments:

This it is: two Aussie brand entertainment campaigns that snuck in before 2010 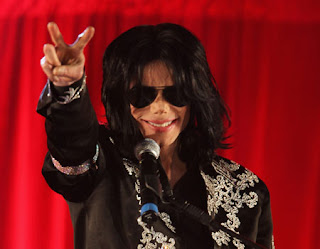 Having worked in the world of brand entertainment for a few years now, I've had too many "Is this it? Is this really it?" moments to count.

I'm sure those folks who work in the world of brands and mobile can relate.

"This is it! The year that [insert mobile or brand entertainment here] is going to take off."

Last year there were several clues that a shift was occurring in the Australian market: TV networks burdened by bad balance sheets; brands becoming more demanding of media owners and looking to make their dollars count in a tough climate; a few highly visible and successful brand entertainment campaigns like Rexona's Greatest Athlete; and of course, the many articles that spewed forth weekly from our press.

Sadly this didn't turn out to be the case, and developing large scale brand entertainment projects in the small Australian market is still as challenging as ever.

There were however, two campaigns that snuck in before the end of the year to give me a good feeling about 2010.

Over summer, Tourism Australia premiered their TV series No Leave, No Life. Based on their campaign of the same name, the series drew on the insight that Australian's are not as laid back and relaxed as we might think - we don't take enough holidays and need to restore our work life balance. Apparently we've accumulated 123 million days of leave between us!

This Network 7 series plucked little Aussie battlers in need of a break from their workplace, and whisked them away for a dream holiday experience.

The focus was on driving a connection with the audience through the integration of stories about the Australian experience, and the No Leave, No Life message rather than leveraging it across a bunch of mediums.

You can view the series here - it rated through the roof for a non ratings season prime time offering, proving (yet again) that programmers and brands can work together to attract and entertain audiences.

Coles also launched The Great Aussie Cook Off, a national competition and TV series to find Australia’s best family of home cooks (disclaimer, this is a Brand New Media property). In this instance, the TV series on Network Nine was the centrepiece, but by no means the primary connection point for audiences.

Research BNM did in early 2008, showed that despite the plethora of cooking shows, people wanted to see real families from a diverse range of backgrounds cooking their own recipes.

In each episode, families competed head to head to see who could cook the best three course meal, using the same mandatory ingredients – as voted by the audience.

You could watch the show, purchase the cookbook or download that week's recipes online, buy the recipe ingredients on special, cook the recipe and vote for your favourite. In contrast to the Tourism Australia campaign, the emphasis was on leveraging the family home cooking proposition across a range of channels, particularly in-store.

Obviously, one of these campaigns belongs to a major tourism body and the other a major retailer, so we can assume they had very different objectives.

2010 may not be 'the year', but with the introduction of additional FTA digital channels, we might be getting closer.

Posted by Kate Richardson at 4:34 PM No comments: 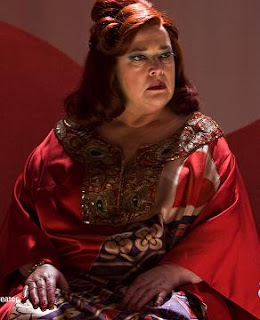 Forgive me readers for it has been six months since my last post.

Rather than regale you of with tales of all the things I've been exploring in the space I created by getting off this darn blog, I'm just going to get into it.

I spotted this today via Contagious. It's a Fallon created campaign to promote Alice, a contemporary re-imagining of Alice in Wonderland that aired on the Sci Fi Channel in the States last December.

This is a smart, creative, beautiful campaign, one that did something a bit interesting with banner ads (you heard right) and launched a series of eye catching building projections. All the pieces fit together in a way that creates a genuine story and helped deliver the channel's best ever numbers for a Sunday night show.

This little video tells all.

And how can you not love the casting of Kathy Bates as the Queen of Hearts?

Things are changing around here

Dear loyal readers, young upstarts who've reminded me I haven't written a post in a good while, and the rest of you.

Yes it's been almost 3 make that 6 months since my last post. Somehow the world has continued regardless.

I've been utilising my 'blog' time in other interesting non bloggy ways AND I've been thinking about re-invigorating and changing the direction of this thing.

So I'll be back with the new improved version in 2010

A blanket ban on brand entertainment

For decades, brands have appeared in, funded, produced, marketed and sponsored entertainment. Proctor & Gamble set up their own production company to create radio serials back in the 30s. Soap operas had an obvious beginning. Recently in a meeting with Reg Grundy, our most famous television pioneer explained how brand funding gave him a start in television. Graham Kennedy's paid for 'in program advertisements' where he pilloried products for minutes on end were legendary.

No one called this brand entertainment.

In recent years, we've witnessed a product placement juggernaut and a move towards more sophisticated attempts to weave brands into storytelling. Taking their cue from the sports sponsorship model, brands have also become smarter about leveraging the value of their involvement with entertainment.

Everyone (including me) has called this brand entertainment, or something similar.

But it seems to me, this is where the whole damn trouble began - the emergence of this now ubiquitous phrase, and the invention of this 'new discipline' has a lot to answer for.

Frankly the language seems outdated, and it's holding us back.

Because as more than one observer has noted, the term 'brand entertainment' still has a bit of a stink about it.

Not in the minds of audience or marketers necessarily. But certainly in the worlds of media owners, TV networks, major production companies etc, there is still an unwarranted stigma attached to the notion of brand entertainment.

There is absolutely no guarantee that because a production company, online platform or network develops a show, finds the brands and then dictates their involvement that a) the brand integration will be any more sophisticated or better executed than if a brand were to do it all themselves (with the right partners and expertise) and b) the entertainment values will be superior.

Look at Network Nine's homemade, I'd suggest it's fairly heavyhanded on the brand integration front. Only it's not badged as brand entertainment, as it's a network commissioned show. And given it's ratings performance, it's hard to say that it's delivering for audiences.

As I've written about previously, brand funded entertainment is not entirely blameless for the position it finds itself in. However, given it's burdened by a legacy of language, I've got a simple solution.

What entertainment is not brand funded one way or another?

Let's return to one simple word.

Which is after all what we're all working hard to create.

I reckon that solves everything.
Posted by Kate Richardson at 8:01 PM 5 comments:

If you have a spare few hours, Henry Jenkins' eight part If it doesn't spread it's dead series makes for some fascinating theoretical reading.

But if you're on a lunch break, try this article from Salon.com on 'viral culture'.

It's an interview with Bill Wasik, 'internet instigator' and original inventor of the flash mob.

It's insightful, pragmatic. In particular I like his analysis of the Susan Boyle phenomenon and what he calls the 'nanostory' (there's a lot more to the article than SB but thought it worth mentioning).

"I define nanostory as the basic unit of this kind of churning viral culture. Susan Boyle is a classic example of a nanostory. She burst onto the scene. Not just in Britain but here in the U.S. with a few YouTube videos. And immediately what she becomes is not just a little celebrity but this giant symbol of all this stuff about the culture that people want to hang on her. Her age or her appearance becomes symbolic of cutting against this youth- and beauty-obsessed media culture. The sort of style of music she likes, these throwback Broadway songs, wind up being indicative of some kind of more transcendent approach to music.

She becomes this giant symbol and all this meaning gets heaped upon her. But then of course, there's nothing to sustain it. She became this giant micro-star at a point when she wasn't going to be on television again for many weeks. If you can't feed the machine, then it shuts down. We'll just be distracted onto the next thing if it doesn't give us more to keep us going. That, to me, is a classic example of a nanostory. It is a short-lived media phenomenon that is driven by the sheer quantity and speed of the contemporary conversation. So many hours of cable news to fill, there are so many blogs that need refreshing. Now there's Twitter and more. And so we seize upon these tiny little things and try to elevate them into sensations, but of course they can't bear up under the weight of it."

For a different viewpoint, you can check our Henry Jenkin's view here
Posted by Kate Richardson at 11:51 PM 1 comment:

The latest incarnation of the B&T Top Marketing Blogs list has inspired a little list of my own.

I thought I'd highlight five blogs which are a great resource for anyone working in the intersecting worlds of brands, content, filmmaking and digital media.

Gary Hayes' Personalize Media offers insightful, detailed and in depth posts on what might be dubbed the socialisation of entertainment (see his presentation here on 'The Future of Social Media Entertainment' and this post on the socialisation of TV and gaming). Gary's blog has an emphasis on quality rather than frequency - it's a great resource for anyone interested in gaming, virtual worlds and cross platform storytelling.

Christy Dena is an Australian cross media specialist and academic. Her 'corner of the universe' is a seemingly limitless resource for anyone interested in cross platform entertainment and ARGs in particular. Definitely one for a rainy day, you'll always find something to keep you interested.

NewTeeVee is a great source of news on the latest developments, launches, announcements from the world of entertainment, online video and related technologies.

Julian Cole's Adspace Pioneers often unearths intriguing memes and great examples of non professional content creators doing interesting things (especially Youtubers, see this post on Blunty3000 as an example). Julian also shares useful tidbits from both his workings with, and observations about, brands active in the social media space like this great post on some practical campaign learnings and this one which identifies film marketing campaigns that have utilised social media.

Chris Thilk's Movie Marketing Madness blog is a good resource for anyone working in entertainment marketing. He's a bit bower bird like in the way he collects bits and pieces from the world of movie marketing and advertising, and writes a good combination of news and opinion.
Posted by Kate Richardson at 7:06 PM 13 comments:

Blogs that entertain me